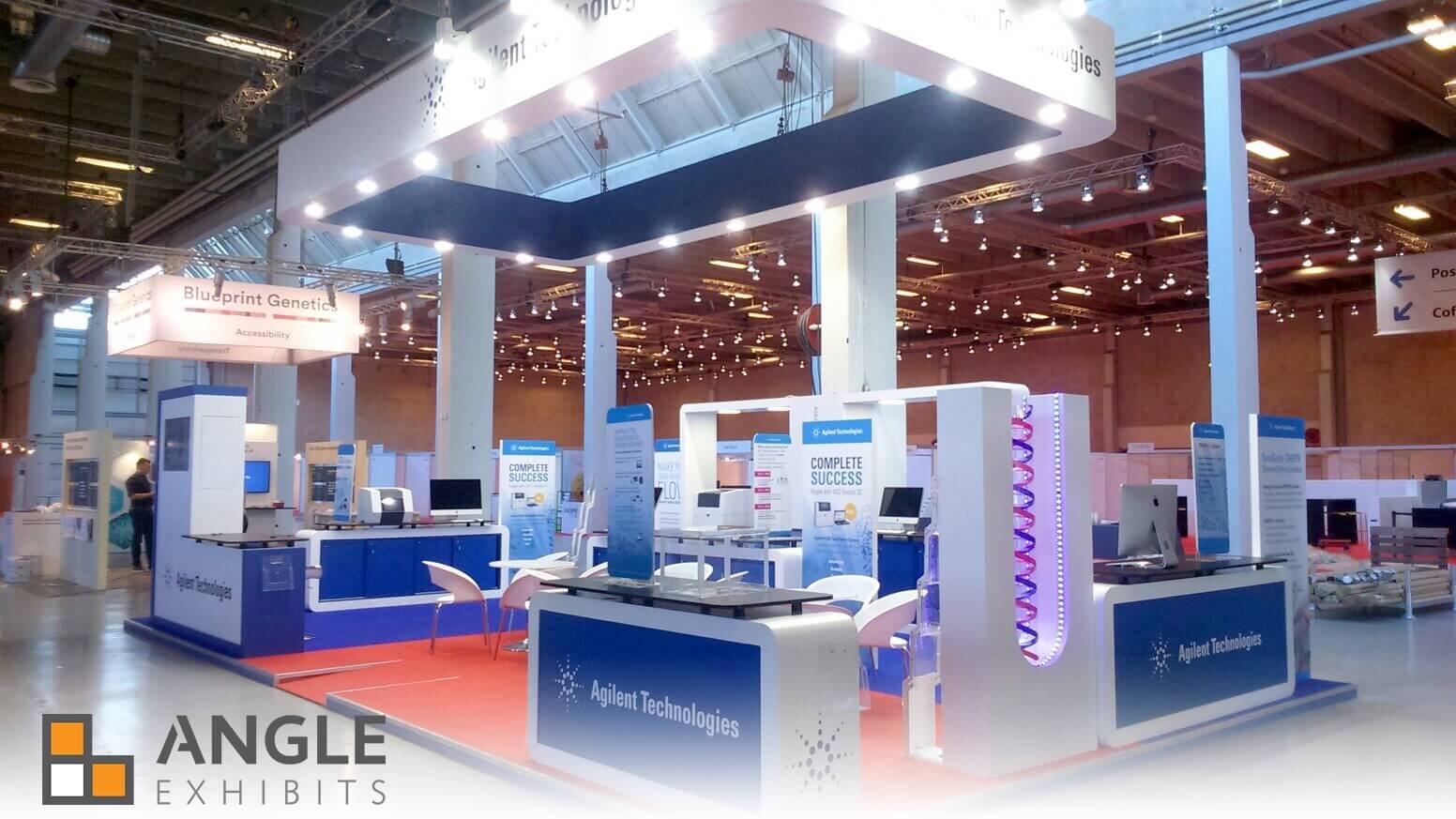 Angle Exhibits has been in Copenhagen developing the design, build and install of the stand for Agilent – part of the Hewlett Packard group. Agilent specialises in the research, development and manufacture of medical diagnostics equipment. Stand ESHG 2017 Copenhagen

The event was the ESHG – European Society of Human Genetics congress, which objective to incentivate the research on human genetics and its medical applications.

This stand was developed in MDF and melamine. Installed in record time (day and a half) and only custom designed stand at this congress. 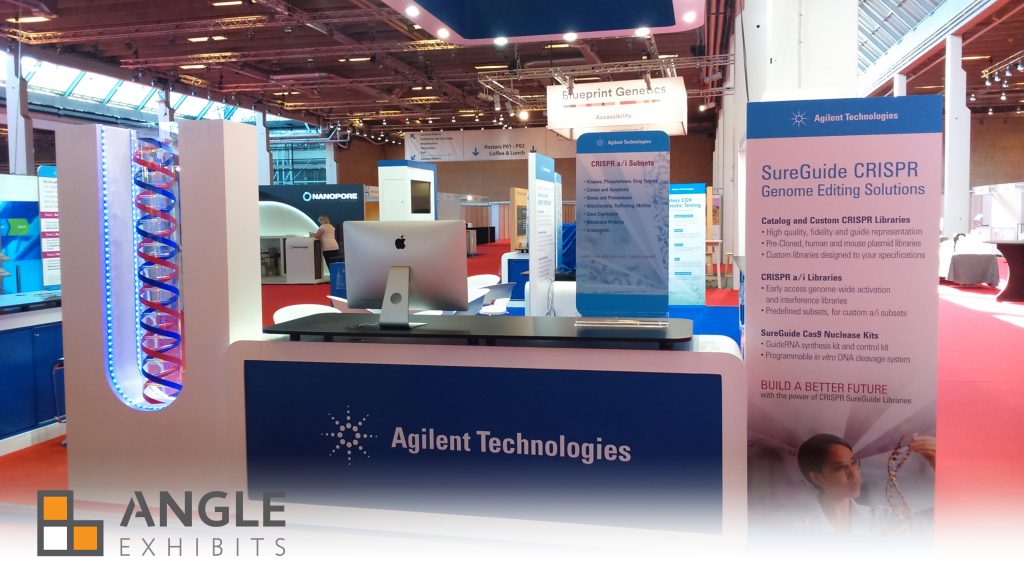 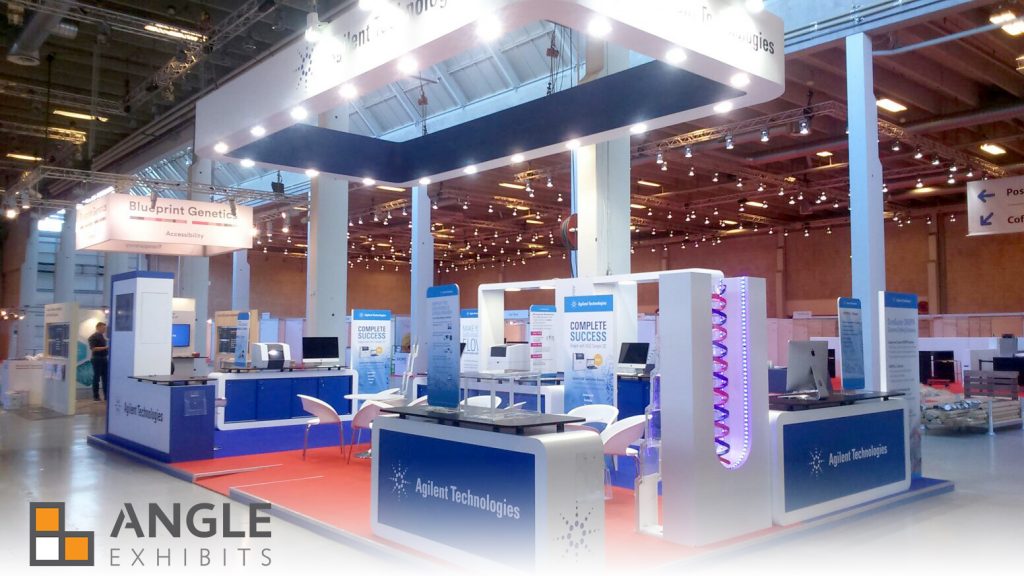 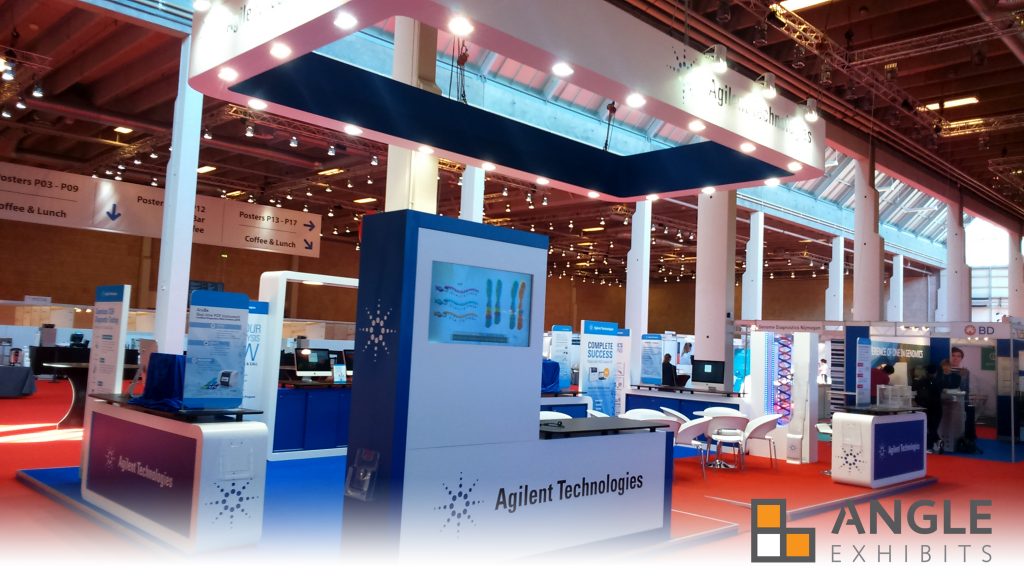 We have a wide range of furniture, flooring materials, wall coverings, lights and audio visual, interactive 4k equipment that you can rent anywhere in Europe.

Contact our company without obligation to receive a quotation adapted to the needs of the stand. Exhibition Stands Design and Booth Construction Company in France, Germany, France, Italy and Spain. Europe. Stand ESHG 2017 Copenhagen

You can request a quote here.